Speed to decisions matters most for winning deals 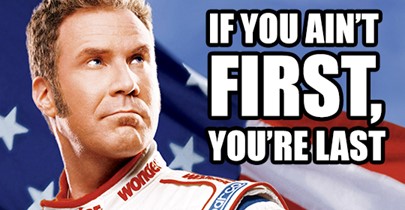 The typical commercial real estate investor or broker spends too much time on work that they shouldn’t be doing. And that is, by definition, hurting their productivity and leading to less deals done and, ultimately, less revenue generated.

As former real estate acquisitions and investment sales folks, we at Archer have experienced the pain to discover that over 90% of work time was mostly spent on low-value, data gathering work that could be automated – aka the dreaded “busy work”.

We’ve polled our clients and the typical time it takes to do an initial underwriting can range from 6 hours to 2 days. On top of that, it can take weeks for the information gathering and additional analysis needed to prepare for an Investment Committee meeting. That’s a meaningful amount of time!

I don’t mean to say that this output is low value, because it is important work that must be done. However, the fact that a person is doing a repetitive task that could and should be done by a computer 1000x faster and more precisely means there is a better way forward.

Archer has developed a proprietary tool called Automated Underwriting for commercial real estate investors and brokers to supercharge their underwriting when it comes to multifamily properties – accelerating the information gathering, analysis, and decision-making process from weeks to seconds.

We believe that the consequences of this development will be nothing short of tectonic for the industry. Those who harness these tools will quickly blow past the groups that decide to remain stuck in the past.

There is a decision-making framework from the military that was initially created to help combat pilots make decisions in chaotic situations. It is known as the OODA Loop, which stands for Observe -> Orient -> Decide -> Act. It has been applied to many other aspects of life and work – particularly product development and investing.

One key takeaway from this framework is – the faster your OODA Loop, the more successful you will be relative to your competition.

For every single decision point that you are making relative to your opponent or competition, you are moving faster. Those decisions are compounding, so you begin to move even faster relative to others. Given it typically takes dozens of underwrites to complete a successful transaction, this compounding effect can make a big difference in your ability to deploy capital efficiently.

Image from the book Principles by Ray Dalio explaining a similar concept to the improvement of a process, machine, individual, or organization. The left line represents faster decision-making leading to better outcomes.

Paul Graham (co-founder of YCombinator) makes a similar point about the compounding effect in his essay Startups = Growth around the focus on week-over-week growth rates for startups.

This is an enormous difference! And the math doesn’t just apply to start ups: the same effect would be observed if you grow the number of underwritings you complete each week.

Taking Lessons from Disruption in the Venture Capital Industry

While venture capital deals involve more risk and potentially higher upside than commercial real estate deals, there are ultimately more similarities between the asset classes than differences: you invest in assets with the anticipation of future appreciation, the business models including a combination of management fees and participation of the profits generated, and the value you create is strongly related to deal sourcing.

Everett Randle recently penned a wonderful post titled Playing Different Games: Or why Tiger is eating your lunch (& deals) that described the new phenomenon of high velocity investors like Tiger Global from the hedge fund space entering the VC industry and shaking up the landscape with one key differentiator – speed.

In the past two years, Tiger has developed an entirely unique investment platform in venture/growth based on Maximum Deployment Velocity and Better/Faster/Cheaper Capital for Founders.

These two pillars represent the most significant development in venture strategy since the advent of the growth fund, and the best way to explain their significance is by comparing the approaches to the “normal” approaches taken by the funds they’re disrupting.

This is the first lever Tiger is using to disrupt VCs — while most funds still live in a world of deployment schedules, they threw the schedule out the window, and turned the velocity dial to 11.

This is the same playbook that the mega funds like Blackstone and Starwood have been running against the majority of the commercial real estate industry. They deploy more capital, which helps them raise more capital, and, ultimately, get more deals done. Until now, only the mega funds had the advantage of speed. Archer is here to change that.

It may be obvious to many of you that automating underwriting let’s you significantly decrease your costs. You could reduce the number of analysts you need or the amount of time your particular analyst spends underwriting a deal (going from weeks to seconds). But there is a more important concept than just cost savings which can drive your growth.

There are two levers – Evaluation Velocity and Win Rate – that make up a firm’s eventual ability to deploy capital into new deals. Automated underwriting can help you pull both of those levers to fuel your growth.

For example, if you are at a Normal Real Estate Firm that can fully evaluate 1 deal per day and have a 5% win rate, this is your Deal Sourcing equation:

That’s pretty solid! And if you want to scale that, you just need to continue to hire an army of analysts to do more work.

But what if, instead of needing to take a day to evaluate a deal, your firm was powered by Archer and could do the same analysis in a fraction of the time. And what if that allowed you not only to underwrite more deals, but also to pursue deals with more confidence, increasing your Win Rate too? Your annual Deal Souring equation could look something like this:

It’s time to turn the deal velocity dial up to 11.